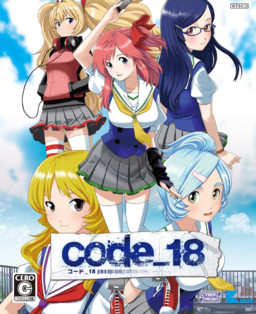 The "official" fifth game in the Infinity series. However, unlike any of the previous Infinity games, this one has no involvement of either Takumi Nakazawa and Kotaro Uchikoshi, the series' main director and writers.

The story is focused on Hayato Hino, a student at Ryusei Academy, where he is a member of the school's Second Science Club. One day, Hayato attempts to test out his "Dragon Unit", a flight pack of sorts, by jumping off the roof of the school. At first, it seems to be going well, until he suddenly sees a girl falling out of the sky. He catches her, and lands to the ground. As soon as she wakes up, she slaps Hayato upon learning his name and runs off.

As the days go by as the clubs prepare for the school festival next month, Hayato receives a special chip from a science professor, Genkuro Kanbara, which, when put into his smartphone, might allow him to receive voice messages from the future thanks to it being made from a rare mineral known as the Agastia Stone. After installing the chip, Hayato finds that he is indeed receiving messages, but they're too garbled for him to hear properly. As he tries to figure out the nature of the messages, he has to deal with his own issues as the school festival gets closer and closer...

Despite following the idea of routes based around heroines, it is interesting to note that the game is linear, and contains very few choices.