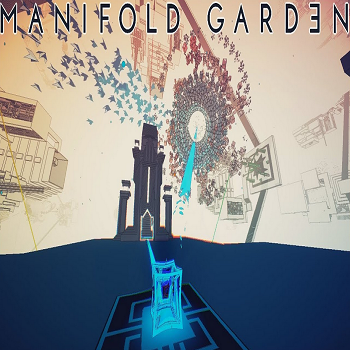 Manifold Garden is a first-person Puzzle Game developed by William Chyr, and released on October 18th, 2019 for iOS and PC through Epic Games Store, with a PS4 version, Xbox One version, and Nintendo Switch version released on August 18, 2020.
Advertisement:

The key feature of the game is that the player can change gravity in six different directions. As such, Alien Geometries abound.