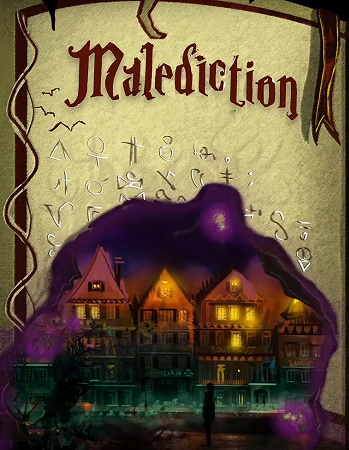 Malediction is a freeware 3D Third-Person Puzzle Platformer game by Desert Beagle Studios. It was released for PC through Steam on December 31st, 2019.
Advertisement:

Morgan is an impulsive, eager wizard whose experiments often get him into trouble. And boy, oh boy, this latest one of his has landed him into a real doozy. A cloning experiment of his has backfired, and a whole bunch of magical clones of himself have run off. Worse, each one of them had a piece of his magic, so now his own has been greatly weakened. Now, armed with what little he has left, Morgan needs to track down his magic clones and retrieve his powers.