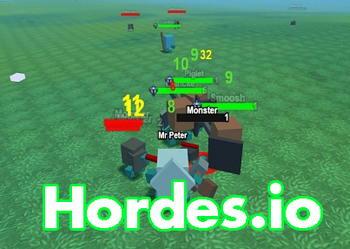 is a 2017 Web Game, which essentially aims to be a browser-based Massively Multiplayer Online Role-Playing Game. It uses 3D graphics, which is relatively rare for an .io Game, though practically every entity is a a block with some limbs attached to it.
Advertisement:

It features four character classes, and two factions, Vanguard and Bloodlust, with the players asked to choose one at the start in the manner of World of Warcraft and its Alliance vs. Horde.