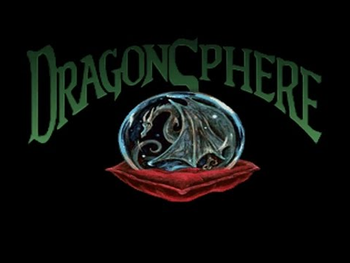 Dragonsphere is a Point-and-Click Adventure Game by Microprose, published in 1994.You are Callash, the newly crowned king of Gran Callahach, a fantasy kingdom. You discover that the Dragon Sorcerer Sanwe, whom your father imprisoned twenty years ago, is once again waking and is about to break free from his prison. Thus, it falls to you to travel the kingdom, muster the aid of the peoples of the kingdom, and confront Sanwe in his tower. However, there is more going on than meets the eye...
Advertisement:

Currently available as freeware at GOG.com.

It has nothing to do whatsoever with Dragon Ball.