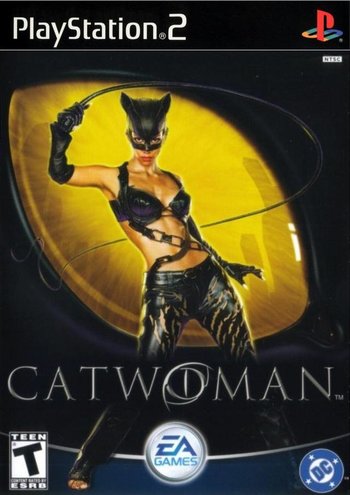 "They say each cat follows her own secret path. Some paths, like my own, begin in the dark..."
— Patience Phillips
Advertisement:

Catwoman is a 2004 video game published by Electronic Arts and developed by Argonaut Software (yes, that Argonaut Software) based on the film of the same name. It was released on the PlayStation 2, Nintendo Gamecube, Xbox, Game Boy Advance. It features the likeness of Halle Berry and the titular character was voiced by Jennifer Hale (mostly).