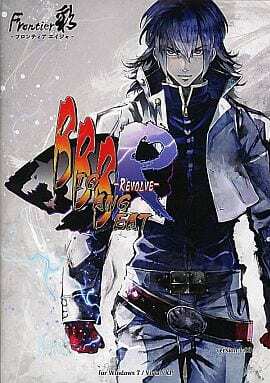 A doujin fighting game, commonly known as BBB, made by the company known as NRF, based on the Strategy RPG/H-Game Daibanchou/Big Bang Age by Alicesoft. It was mildly popular in early-mid 2007 when it was first released, but gradually encountered issues when the updates would completely overpower some characters rather than balancing gameplay, and the team eventually broke up.

Despite that, it maintains a cult following in some online fighting game circles, and a sequel, Big Bang Beat Revolve

, or BBBR, has been made by Frontier Aja, who took over production from NRF and periodically released alpha versions of the game prior to its debut at Comiket 80. Unfortunately, with Frontier Aja's own closure, BBBR updates have also stopped.