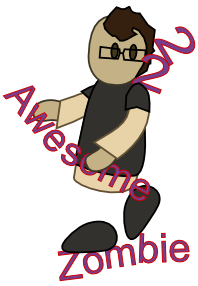 Experiencing some technical difficulties here...
"It's like, you walk up to a store and see a bunch of cabbages laying there. And you pick one up. It looks nice and promising, but you peel away its layers and you see all things you hate in a cabbage. Its core is like pure cabbagey hate from the depths of cabbage hell. And you think, "Oh, maybe I should just have a surface relationship with these cabbages, " but YOU CAN'T because YOUR SUBCONSCIOUS WILL AUTOMATICALLY PEEL AWAY AT THE CABBAGE FLESH IF YOU TRY HANGING OUT WITH IT. And then there's the factor that you are OVERLY CRITICAL OF CABBAGES AND HOLD GRUDGES. But you decide to buy EVERY CABBAGE EVER because it's better than having no cabbages. But nobody else overanalyzes cabbages like you. They actually see the good things in them. Like how good they are in salads and the health benefits from eating them. BUT YOUR SUBCONSCIOUS BLOCKS EVERY SINGLE GOOD, REDEEMING QUALITY ABOUT CABBAGES AND BECOMES INCREDIBLY JUDGMENTAL ABOUT THEM. You very well admit that cabbages have good things about them that make them good cabbages, and that not all of them are only appealing at first glance. The problem is YOUR HIGH STANDARDS FOR PRODUCE NEGATE ANYTHING POSITIVE ABOUT CABBAGE. It's not them, it's you, BECAUSE YOU ARE KIND OF AN ASS ABOUT CABBAGE."
Awesome Zombie 22 on how he thinks people are cabbages full of hate.
Advertisement:
Things That I Like
Tropes About Zombie

If you're on the Forum Games, then you probably know who Zombie is. If you don't, basically, she's a character I made who isn't tied to any continuity. Sort of like a freelance character of sorts. Pretty much the only continuity she interacts with is the Team Fortress 2 canon, but she's not a TF2 OC, per se.

And now I'm not using her ever again.