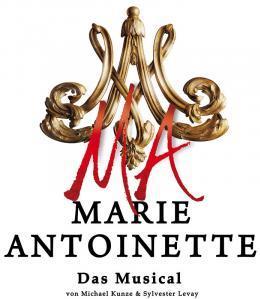 Marie Antoinette is a stage musical by Michael Kunze and Sylvester Levay, of Elisabeth fame. It's based on the novel of the same name by Shusaku Endo, which marks a difference from the creators' previously Euro-centric focus. It debuted in Tokyo, under the Toho Stage company in 2006, going on to an (unsuccessful) production in Bremen and Tecklenburg in Germany before being revamped for productions in Korea and Hungary before returning back to Toho, where it enjoyed a much warmer reception.

It follows two characters, both with the same initials: The first is Marie Antoinette, who lives a lavish, but empty life in Versailles while pining for Axel von Fersen. The second is Margrid Arnaud, a woman who lives on the streets who becomes embittered and feeds the rebellion against Marie after a disastrous encounter at a party. Over the years, their lives cross into each other's on multiple occasions, and soon, Margrid will have to decide what the true meaning of "justice" is, as The French Revolution begins to reach a fever pitch...