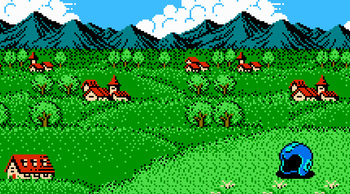 "How many must fall, before there is peace for all?"
Advertisement: