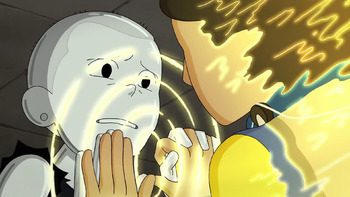 As the passengers on the Infinity Train have to deal with their emotional pain, there's also all sorts of traumas the train brings up that will likely bring tears to your eyes.

The Canyon of the Golden Winged Snakes Car