Characters appearing in Infinity Train. Due to the show's nature as a science-fiction genre anthology series, a majority of its characters only appear in a single season, or otherwise only play a major role during the events of a single season. As such, the few characters that make significant recurring appearances in multiple seasons are listed below, while all others are listed on the season subpages. 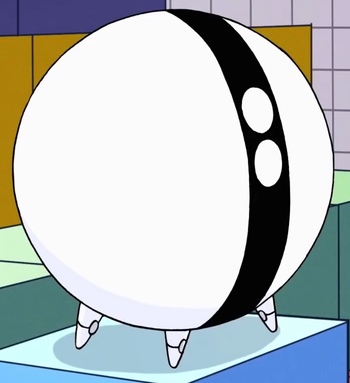 "Are you my mum?"
Voiced by: Jeremy Crutchley (Glad-One) and Owen Dennis (Sad-One)

A spherical robot who's been on the train their whole life. During the events of Book 1, they serve as Tulip's main companion on the train, being the first being she encountered. Made up of two individual personalities, those being of a scatterbrained optimist and a dour pessimist, One-One can split down the middle to allow these halves to function independently. 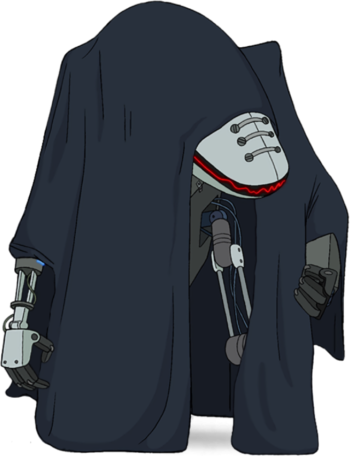 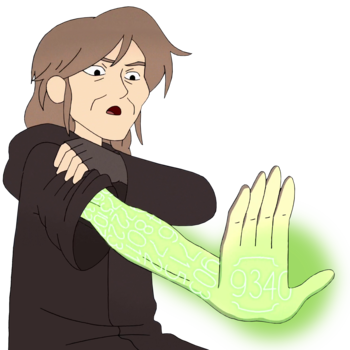 "You think you're so important, like you're the only person in the world who's ever felt loss before."
Voiced by: Lena Headey (Matthew Rhys as the Conductor)

The true identity of the Conductor that controls the train for the majority of Book 1. Amelia Hughes boarded the train as a young adult in the 1980s after the early death of her husband Alrick. Though initially cordial with the robot, she soon usurped One as the Conductor when he refused to use the technology of the train to revive her dead lover. She would go on to control the train for the next thirty-three years, until Tulip inadvertently reinstated One-One as the true Conductor, at which point Amelia would begin working for the robot in order to repent for her actions. 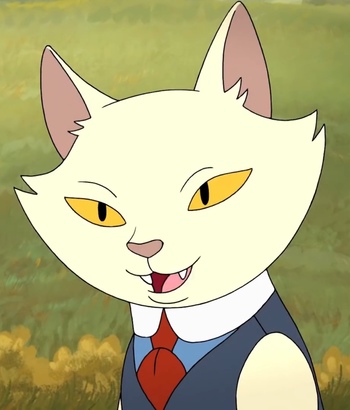 "Tell me, kitten. Do you want to get off this train?"
Voiced by: Kate Mulgrew

A talking feline and one of the most knowledgeable denizens on the train, The Cat has spent hundreds of years traveling through its many cars and collecting all sorts of strange oddities. Despite being a self-serving grifter, she will earnestly help any passenger that asks for her assistance so long as they can offer something in return. 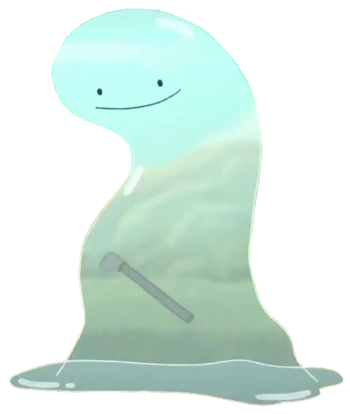 A sapient, talking creature made of water who originates from the Beach Car. 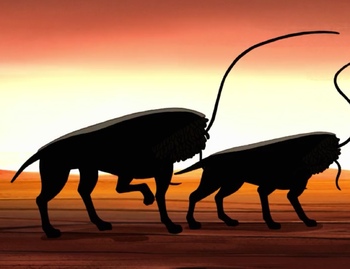 Shadowy creatures that chase down anyone who tries to leave the Infinity Train. They appear to have the ability to drain the life out of other beings.

The Train and Passengers in general

The Infinity Train (UNMARKED SPOILERS FOR ALL BOOKS)

The titular train that the series is named after, being an endless train that travels forever in another dimension, whose cars each hold bizarre pocket dimensions of their own. While it is unknown who or what created the train, by the end of Book 1, it is established that its purpose is to help its chosen passengers to face their inner demons and trauma.

The people that have been summoned by the train to overcome their problems and change for the better. Every season features one of them as the protagonist.