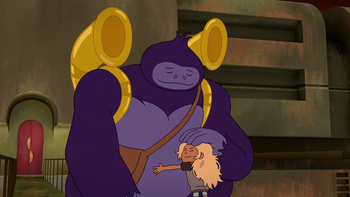 "Don't be a worry-baby,
No need to hurry, baby,
When you're with me....
As the passengers come to terms with their issues in the Infinity Train, there's bound to be moments where they start growing.
Advertisement:

General
"The Castle Car"
"The Train to Nowhere"