Series / The Jewel in the Crown 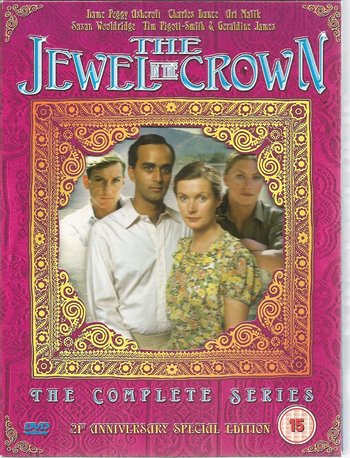 Seminal drama from Granada based on the Raj Quartet novels by Paul Scott. Initially set in the fictional city of Mayapore, it starts off by telling the story of the relationship between Daphne Manners, a young Englishwoman who’s recently lost both her dad and her brother to the Desert Campaign, and Hari, an Indian raised in England since he was two and forced to return to India after his father’s death. Hari runs afoul of local police Superintendant, Ronald Merrick, who is rejected when he proposes to Daphne.

Alternative Title(s): Jewel In The Crown