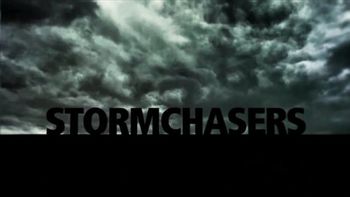 An American documentary Reality TV series on Discovery Channel that follows several teams of storm chasers throughout the Midwestern United States. The show debuted in October, 2007 and was cancelled in January 2012.

Sadly, TWISTEX team leader Tim Samaras, his son Paul, and fellow chaser Carl Young were killed by a 2.6-mile-wide EF3 tornado near El Reno, Oklahoma on May 31, 2013. A tribute episode was aired on June 5, 2013 in their honor documenting the 2.6-mile width tornado, acting as a touching finale to the series.