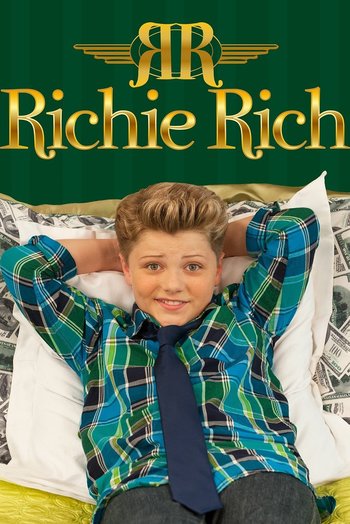 Richie Rich is an American sitcom series produced by DreamWorks Animation via its AwesomenessTV label for Netflix. The show is loosely (note how the term is emphasized) based upon the Harvey Comics character of the same name, with Jake Brennan playing the eponymous character. However, all of the original characters (except for Richie, his dad and Irona) were replaced with a new supporting cast. The first season, consisting of 10 episodes, was released on February 20, 2015. A second season of 11 episodes was released on May 22, 2015.