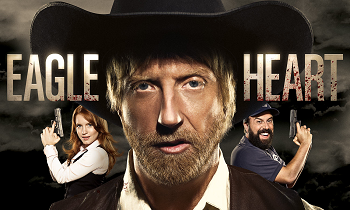 David Letterman favorite Chris Elliott plays Chris Monsanto, arguably the best and most reckless Ranger in the service. He's backed up by Brett Mobley (Brett Gelman) and Susie Wagner, (Maria Thayer, best known as Jerri's friend on Strangers with Candy), all under the supervision of Da Chief (Michael Gladis of Mad Men). Chris faces off against drug dealers, dirigible captains, pumas, bank robbers, and more, all with a peculiar kind of lazy violence.