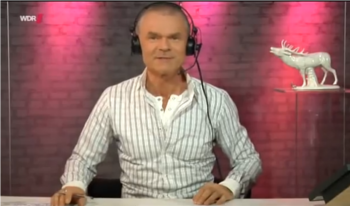 The concept of the show is simple: people call to whatever theme they like (except when they have a set topic, usually on wednesdays) and talk with host Jürgen Domian, who looks directly into the camera and is only equipped with a simple console and a headset. Before the callers have the chance to talk with Domian they are pre-selected by an experienced team of journalists to avoid fake callers. Despite the careful preparation, sometimes a fake caller comes through, much to the anger of his audience. Domian actually rather pities those individuals for being morally immature.

Despite or because of its late-night airing slot from 1am to 2am, it has earned consistently exceptional ratings and is notable for its wide thematic range, covering social issues, bizarre fetishes and personal fates. It's considered the late-night flagship of public broadcasting, and has gradually improved its reputation since it went on air in 1995.

Domian has a highly devoted fanbase and the shows success is largely credited to its host's charisma and interviewing skills as well great empathic abilities. He recognizes his limitations, and since he is no trained psychologist, he always has an experienced psychologist in his team. As a minor celebrity, he enjoys huge respect among his peers in the media business, both for his success and humble humanism.

Jürgen Domian and his show contain examples of: