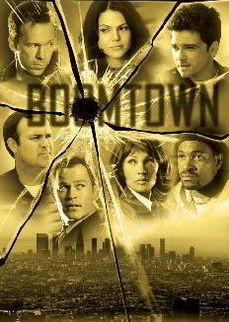 Boomtown is a crime drama that aired on NBC for one 18 episode season and a second 6 episode season. Lasted from September, 2002 to December, 2003. Set in Los Angeles, it follows a crime from the point of view of the 7 main cast members and anyone else whose POV is important to the episode. This series provides gripping drama, three dimensional leads, some pretty good mystery plots, and all it asks in return is that you pay attention... which is probably why it only persisted in its original form for the first season.