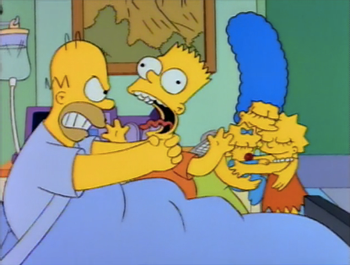 An April Fools' Day prank leaves Homer in a coma. As the family waits to see if he'll recover, they recount moments from previous episodes...of their lives.