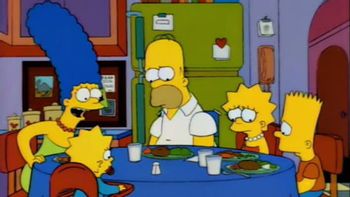 In the second Simpsons clip show, Marge reads The Bridges of Madison County and calls for a family meeting to discuss romance, but every family members' encounters with love has either ended in heartbreak or near-infidelity.