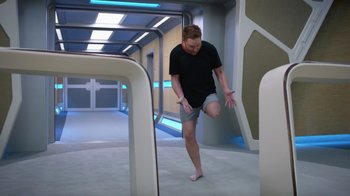 Pictured: Isaac's idea of a good practical joke
Ed is attracted to Pria (Charlize Theron), the captain of a rescued ship, but Kelly suspects she is more than she appears.