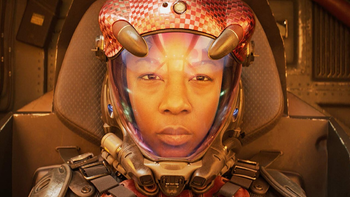 "She's my bucket of bolts. And she's always taken care of me."
Advertisement:

A rookie pilot serving on an alien planet is saddled with an unlucky ship.