"I'd kill for a Hetap!"
"WHOA! JESUS!"
"Nope, actually, it's Goku."
—Goku, interrupting Cell's call with Hetap about a sponsorship for the Cell Games. 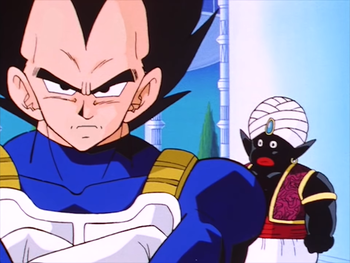 Goku and Gohan has finally managed to complete their training and got out of the Chamber but the underlying question is: Is it enough to defeat Cell? Can Goku or Gohan stop the green dude from destroying not just the blue planet but the whole universe?