Recap / Black Mirror: The Entire History of You 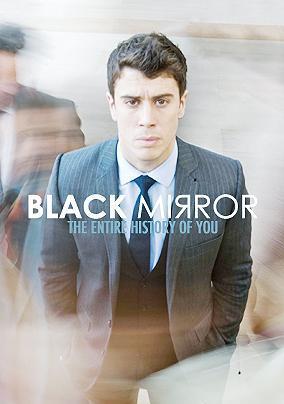 "Not everything that isn't true is a lie."
"You know when you suspect something, it's always better when it turns out to be true. It's like I've had a bad tooth for years and I'm just finally getting my tongue in there and I'm digging out all the rotten shit."
— Liam
Advertisement:

20 Minutes into the Future, the advancement of technology has created the Grain, an implant that allows the user to rewind and re-enact all past memories. One such user is Liam, a paranoid fellow who uses the Grain to obsess over tiny details in his life. Liam is struggling to repair his crumbling marriage with his wife Ffion, especially after the birth of their child and him briefly leaving her. However, everything starts to fall apart more when Liam becomes suspicious of Ffion's relationship with her former friend Jonas (Tom Cullen).

That suspicion is not helped at all by having a tool that allows him to rewind and obsess over every tiny detail.

It stars Toby Kebbell as Liam, Jodie Whittaker as Ffion and Tom Cullen as Jonas.

Tropes related to The Entire History of You: