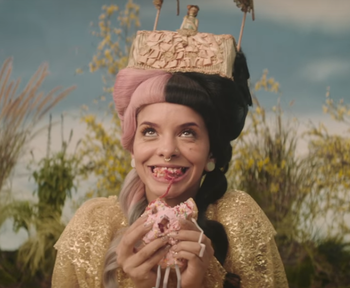 You think I'm psycho, you think I'm gone.
Tell the psychiatrist something is wrong.
Advertisement:

Cry Baby's world is full of childish and cute designs but stay longer and you'll see that this world is not that sweet... One question: Are you afraid of dolls?