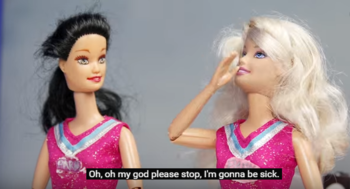 We tried showing Brittnay the picture we had planned for this page, and all we got was this response.
These web originals have their own nausea fuel page:
Advertisement: