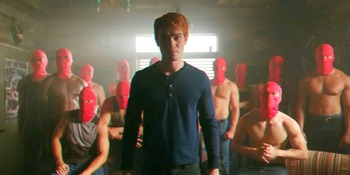 Chapter Sixteen: The Watcher in the Woods

Chapter Twenty-One: House Of The Dead

Chapter Twenty-Seven: The Hills Have Eyes

Chapter Twenty-Eight: There Will Be Blood

Chapter Thirty-One: A Night to Remember

Chapter Forty-Two: The Man in Black