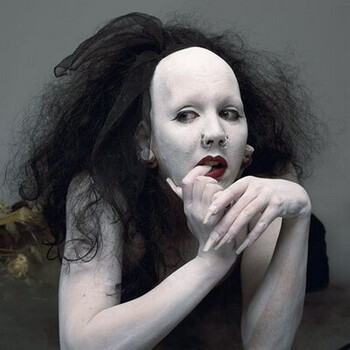 Sopor Aeternus & the Ensemble of Shadows is a German neoclassical darkwave band, whose sole constant member is singer Anna-Varney Cantodea. Formed in 1989 by Cantodea and Holger, the band has released 10 studio albums and six EPs, or "sister albums". At the time of the project's start, Cantodea was living in complete isolation, afflicted by severe depression and close to blindness, and claims to have been "given" the music in her dreams by spirits, the "Ensemble of Shadows", thus forming Sopor Aeternus. Holger would leave the band after the demo recordings, but Cantodea would continue under the name.

The band's sound is based upon the doom and gloom synthpop sound of darkwave, with heavy influence from Medieval and Neo-Medieval, Renaissance and chamber music. Lyrical themes in the band's early songs focused on the extreme pain of her life, the occult, her own spiritual discovery, and vampires. Later works embraced her own coming to terms with her transsexuality, love and sex, and Cantodea began to showcase a newfound humorous side to her work. Much of the band's imagery is a ghostly pale Cantodea, nude (and with a vagina airbrushed on) in forests, caves and crypts. Post 2005, Cantodea can be seen in elaborate dresses and gowns in a variety of settings. Fans generally refer to these phases as "Varney", and "Cantodea" or "Anna-Varney", due to the vast differences in presentation.

Cantodea recorded two songs under the name White Onyx Elephants for the compilation album Jekura - Deep the Eternal Forest. She also recorded an album with Constanze Fröhling under the name of Nenia C'Alladhan.

Tropes applying to Anna and her music