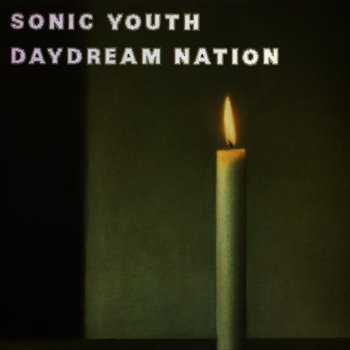 Hey Joni, put it all behind you
Advertisement:

Daydream Nation is the fifth album by Alternative Rock band Sonic Youth, released in 1988. Made with almost twice the usual budget of their previous albums, it was their most expensively produced album up to that point. With frontman Thurston Moore on a writing spree, it ended up as a double album.

Upon its release, it received almost unanimous critical acclaim for its use of noise, jam influenced song structures, and surrealist lyrics. It is often considered one of the greatest Alternative Rock albums of The '80s, if not of all time. It was chosen by the Library of Congress to be preserved in the National Recording Registry in 2005.

These are Eric's Tropes...