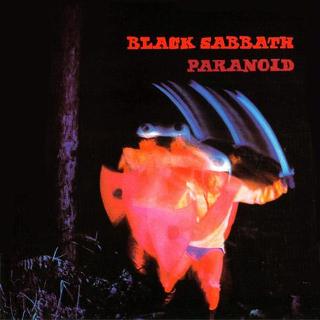 Paranoid is the second studio album by Black Sabbath, released in 1970. It's best known for the songs "Iron Man", "War Pigs" and the Title Track. The album is generally considered to be one of the band's greatest and is often (though not always) considered to be the first Heavy Metal album. Back in the early seventies, however, it was largely panned by critics and radio stations were too scared or appalled by the loud sounds and Satanic imagery. It has been Vindicated by History as one of the important albums in rock history, especially for the heavy metal genre.

An episode in the documentary series Classic Albums was devoted to the creative process behind the making of this album.

And as you hear these words telling you now of my state
I tell you to enjoy life; I wish I could, but it's too late