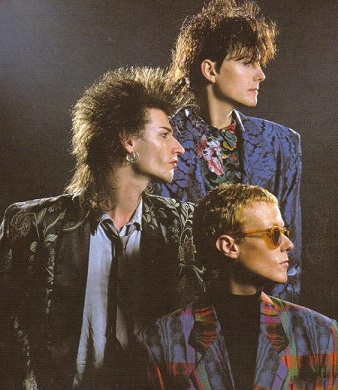 Love and Rockets were an Alternative Rock band from England, composed of the members of Goth Rock godfathers Bauhaus, minus Peter Murphy: guitarist Daniel Ash, bassist David J, and drummer Kevin Haskins. They formed after Bauhaus split and Ash's side band, Tones On Tail, dissolved. The three attempted a reunion for Bauhaus, but Murphy declined to join, so the remaining trio formed a new group named after the comic.

Their style incorporated Post-Punk, '60s Psychedelic Rock, and later in the band's life Electronic Music, and they had a Top 10 hit in the US in 1989 with "So Alive."

The band split in 1999, reformed in 2007 alongside a brief Bauhaus reunion, then split again in 2009. Daniel and Kevin formed a new group in 2017, Poptone, with bassist Diva Dompe, before another Bauhaus reunion in 2019.