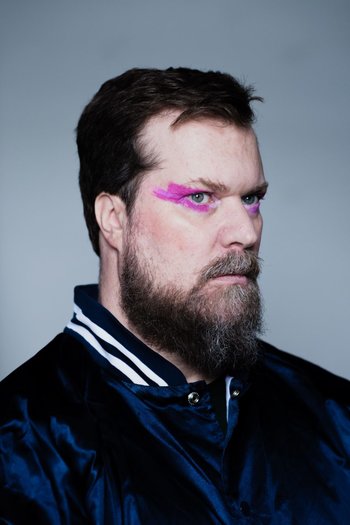 The greatest mother***er that you've ever gonna meet.

An American singer/songwriter, formerly a member of The Czars.

Born in 1968, Grant intended to become a German translator, but discovered his English was not adequate enough for the task. He and Chris Pearson later founded the Czars, an Alternative Rock band, releasing 7 albums and 4 singles between 1995 and 2005. After a brief hiatus from the music industry, Grant released a solo album, Queen of Denmark, in 2010. Dealing with depression, homosexuality and substance abuse, the album was a critical success, with British magazinge Mojo naming it the album of the year. This was followed up with Pale Green Ghosts in 2013 and Grey Tickles, Black Pressure in 2015.

John currently lives in Iceland. He is openly gay, and in 2012 publicly acknowledged that he is HIV positive.