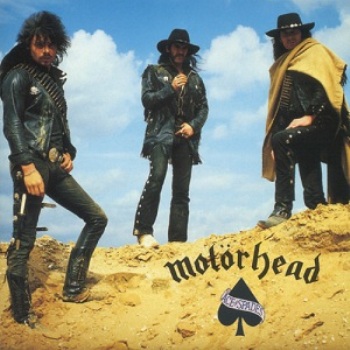 I don't share your greed, the only card I need is the Ace of Spades.
Advertisement:

Ace of Spades is the fourth studio album by Motörhead, released in 1980. The album is most famous for its title track, which became a Signature Song for the band. In hard rock circles, it has reached classic status.