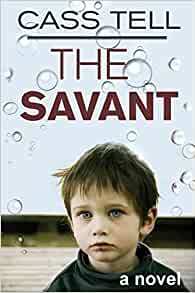 The Savant is a 2018 novel by Cass Tell.
Advertisement:

Arlo Harkin is a twelve-year-old autistic boy living on a farm in The '50s with his grandfather and his uncle Louie. One day, he falls out of an oak tree and hits his head on a rock. When he wakes up, he discovers that he now has synesthesia, that he can perceive tiny details in his environnment, and that he seems to have precognitive abilities. He sets out on a journey to try to understand and learn how to use his gifts.

The Savant contains examples of: