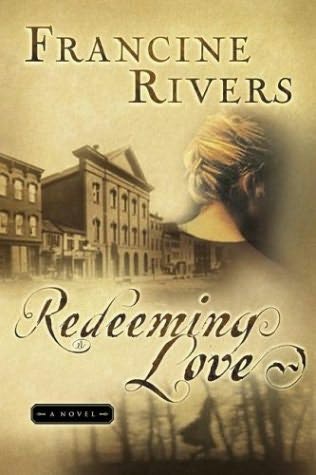 Redeeming Love is a 1991 Christian Historical Fiction novel by Francine Rivers, set in California during the Gold Rush. It’s loosely based on the Biblical book Hosea, which is about a prophet commanded by God to marry a prostitute. This novel’s protagonist, Michael Hosea, is a farmer who marries “soiled dove” Angel on God’s instructions.

Angel has been abused for years, was sold into prostitution at the age of eight, and believes she is guilty for even existing. Because of her background Angel finds it impossible to trust the people around her and attempts to gain control over them the only way she knows how, regardless of how much it hurts her in the process. Through Michael's love she gradually learns to have faith in people, God, and finally herself—though not without a lot of setbacks and betrayal.

The book presents Evangelical Protestant teaching on the love of God through the relationship of Michael and Angel.

A film adaptation co-produced by Pure Flix Entertainment and Touched by an Angel alumna Roma Downey's Lightworkers studio is in production and after being delayed from 2021 was released on January 21, 2022