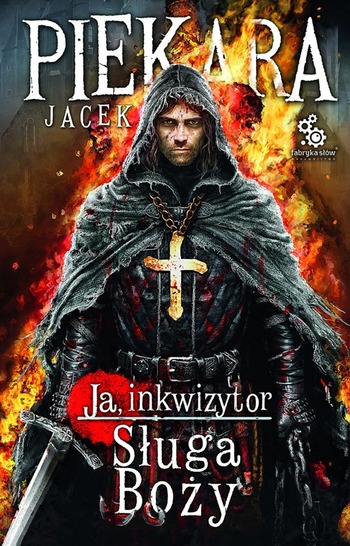 Translation: Me, an Inquisitor. Servant of God.
Advertisement:

A Polish book series written by Jacek Piekara revolving around the adventures of Mordimer Madderdin, a Inquisitor of the Holy Office. In this universe, Christianity took a radical turn where Jesus Christ didn't die for our sins, but became a ruthless warlord that conquered the Roman Empire by force and since then, the world has been ruled by the Inquisitors. Mordimer is a rookie Inquisitor that just acquired his license to operate, considers himself a man of faith, a servant of God and a hammer of witches. Soon he becomes involved in political intrigue, conflict with the forces of darkness and the enemies of the Empire.

This book series contains examples of the following tropes: