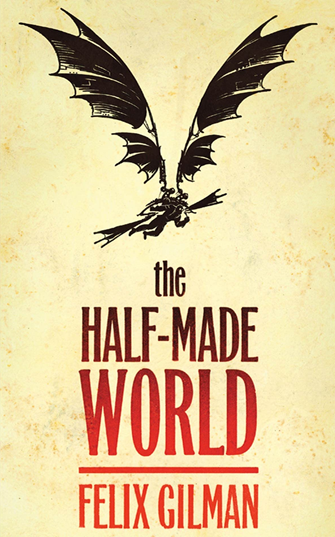 The Half-Made World is a half-Cattle Punk, half-Weird West novel by Felix Gilman. In this reality, the West is partially uncreated and ripe for exploitation- but also hosts the 400-year old battle between the demonic Gun and oppressively industrial Line. Both sides have caught wind of a powerful weapon that could permanently destroy their opponent, and are racing to seize the one man who knows its location. Unfortunately for a newly-arrived psychologist from the East, this man happens to be one of her patients...

Was followed by a sequel, The Rise of Ransom City, starring the eccentric inventor Harry Ransom and his run-ins with Hill Folk, servants of both Line and Gun, the protagonists from the previous book and more.