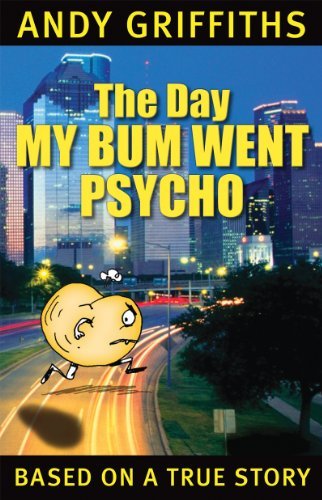 There are three books in the series, with the first one being released in 2001 and the last coming out in 2005. They are:

These books tell the story of Zack Freeman, a 12-year-old boy whose bum detaches itself from his body and runs off every night. When he goes off to get his bum back like always, he discovers something alarming — all of the bums in the world, not just his own, are sentient, autonomous beings. And what's more they are hatching a nefarious scheme to overthrow humanity under the leadership of his own bum, as well as that of a gigantic, evil bum known as the Great White Bum and his henchbums, The Prince and Maurice. To foil this plot, Zack must seek Silas Sterne and his daughter Eleanor, the legendary leaders of a team of "bum hunters" known as the B-Team who wear prosthetic bums and constantly battle the machinations of bumkind.

And while that basically summarizes the plot of the first book, Zack becomes a cadet in the B-Team in the following books. From there, the plot really gets crazy (well even moreso than the first book ever was) as Zack discovers that his parents and his grandmother are in fact bum hunters secretly working for the B-Team, Earth faces an invasion of evil undead bums from outer space, time-travelling shenanigans with ferocious prehistoric dinosaur bums ensue, armageddon arrives in the form of giant bums crapping on everything, and Zack discovers he is The Chosen One with a central role in the strange yet epic battle between humanity and their bums.

Yeah, these books are weird... and insane.

A loose Animated Adaptation of the books called The Day My Butt Went Psycho! was released in 2013, produced by Canada's Nelvana and Studio Moshi in Australia. Interestingly, this makes it the second cartoon adaptation of Griffiths' work, the first being What's with Andy? in 2001.