Literature / The Cannibals of Candyland 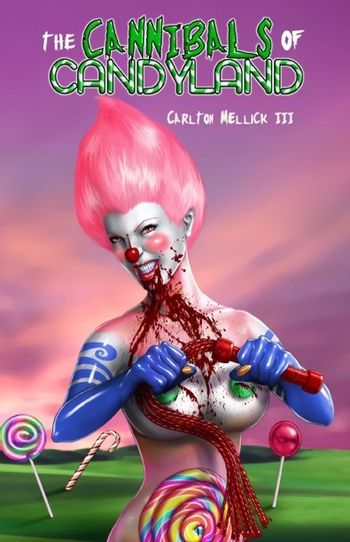 There exists a race of cannibals who are made out of candy. They live in an underground world filled with lollipop forests and gumdrop goblins. During the day, while you are away at work, they come above ground and prowl our streets for food. Their prey: your children. They lure young boys and girls to them with their sweet scent and bright colorful candy coating, then rip them apart with razor sharp teeth and claws.

When he was a child, Franklin Pierce witnessed the death of his siblings at the hands of a candy woman with pink cotton candy hair. Since that day, the candy people have become his obsession. He has spent his entire life trying to prove that they exist. And after discovering the entrance to the underground world of the candy people, Franklin finds himself venturing into their sugary domain. His mission: capture one of them and bring it back, dead or alive.