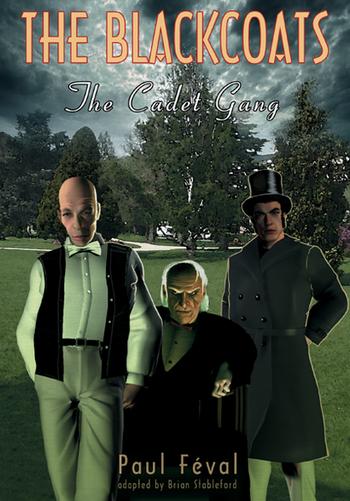 "Will there be daylight tomorrow?"
Advertisement:

A series of novels written from 1863 to 1875 by French author Paul Féval. The books chronicles the history and exploits of an all-powerful criminal network (possibly the first of its kind in fiction) known simply as Les Habits Noirs or The Black Coats.

In the books, The Black Coats are led by Colonel Bozzo-Corona, a sinister old man who may or may not be immortal. Other high-ranking members of the organisation includes the Colonel's right-hand man, Toulonnais de L'Amitié aka Lecoq, and Marguerite de Soulas, the false Countess of Claire.