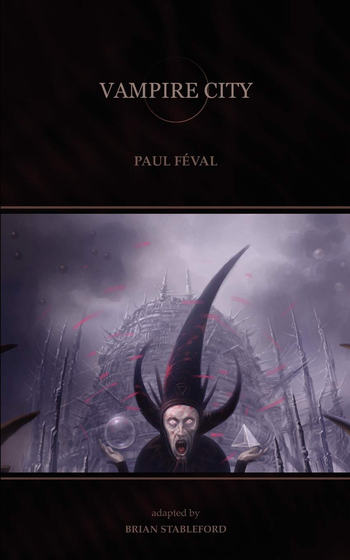 If you're looking for the ultimate Our Vampires Are Different novel, your search is at an end. French author Paul Féval's book Vampire City was published in 1875 (it was actually probably originally serialized in 1867), almost 25 years before Bram Stoker's Dracula would set out the "rules" for vampires.

Feval was working from the same few scraps of vampire lore and history that Stoker was, but Feval decided his vampires would be green-glowing, hair-stealing, clockwork creatures whose victims become things like dogs with human faces. The novel stars Ann Radcliffe, the gothic novelist, as a young woman. As both a very weird vampire novel and an early horror comedy tale, Vampire City is loaded with unbuilt tropes.