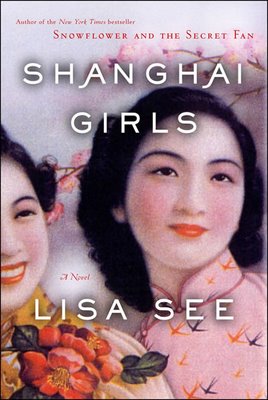 In 1937, Shanghai is the Paris of Asia, full of great wealth and glamour, home to millionaires and beggars, gangsters and gamblers, patriots and revolutionaries, artists and warlords. 21-year-old Pearl Chin and her younger sister May are having the time of their lives, thanks to the financial security and material comforts provided by their father's prosperous rickshaw business. Both are beautiful, modern, and living the carefree life… until the day their father tells them that he has gambled away their wealth, and that in order to repay his debts he must sell the girls as wives to suitors who have traveled from Los Angeles to find Chinese brides.

Pearl and May set out on the journey of a lifetime, one that will take them through the villages of south China and across the Pacific to the foreign shores of America. In Los Angeles, they begin a fresh chapter, trying to find love with their stranger husbands, brushing against the seduction of Hollywood, and striving to embrace American life, even as they fight against discrimination, brave Communist witch hunts, and find themselves hemmed in by Chinatown's old ways and rules. A sequel, Dreams of Joy, was published in 2011 about Joy's travel to China.

Tropes in this story include:

Tropes in Dreams of Joy: