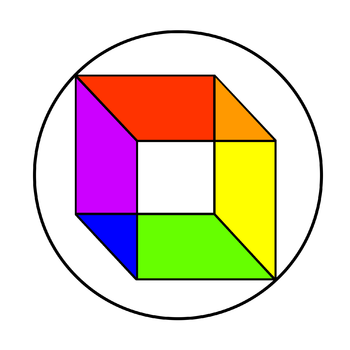 All stories are true.

Rainbow is an ongoing Young Adult Science Fantasy debut (original) novel by Akira Hayashi. Presented as the autobiography of the story's protagonist, Aaron Maitreya Axe, Rainbow opens in the distant future with Aaron meeting and falling in Love at First Sight with Cinderella Peterson, who is the first real friend Aaron has ever had.

The problem with this is that the world has fallen under the control of a One World Order who have labeled romantic love as "madness," along with democracy and religion. Aaron soon realizes that Cinderella has come to recruit him into a revolution against the world government's tyranny.

However, it also becomes more and more clear that Cinderella — as well as the dictators they fight against — are not what they seem, and that there might even be divine forces vying for control through them. Worse yet, it's possible that if Aaron and Cinderella do not succeed in their revolution, not only might the world be lost to evil — but that everything will be lost to the darkness, forever.

The story can be read for free on the author's website: morganrayhess.com