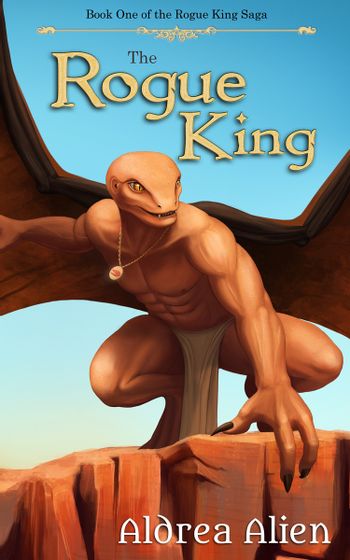 The Rogue King is the first of a Science Fantasy series by Aldrea Alien. It concerns the struggle of Koral's attempts to survive and keep his old ideals in the dangerous desert land where men are routinely sacrificed to the lustful Serpent God, Lorric, and are turned into Rogues.

The Rogue King contains examples of: