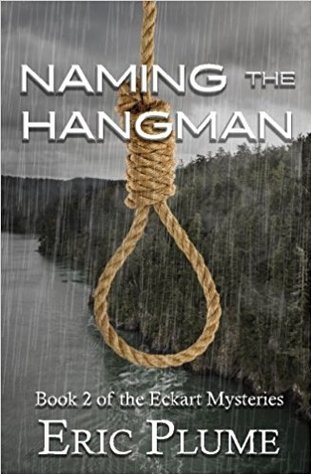 The second novel in the Amber Eckart Mysteries series by Eric Plume, Naming The Hangman was released in July of 2014.

Private Investigator Amber Eckart is hired by attorney Kevin Andersen to investigate the death of a young woman on Whidbey Island in Puget Sound. The police closed the case as a suicide after only a few hours, and the investigating officer has since been stonewalling the victim's widow's attempts to have it re-opened. Amber leaves the office in the care of her two employees, Julian Wu and Izzy Alphabet and goes to Whidbey to investigate. While there, she stays with an old friend and mentor, Marian "Mattie" Fawkes, one of her professors from college and a respected retired journalist.

Naming The Hangman contains examples of these tropes: