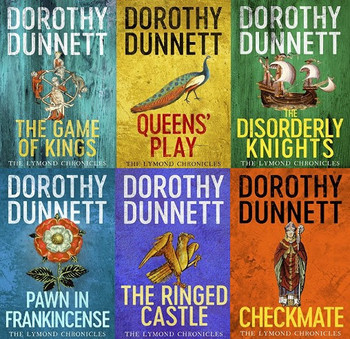 A series of period novels by Dorothy Dunnett set in sixteenth century Europe centering on a family of landed gentry in from the Scottish lowlands. The central character is one Francis Crawford of Lymond, a Renaissance man and reluctant, but brilliant, player in the power politics of the time.