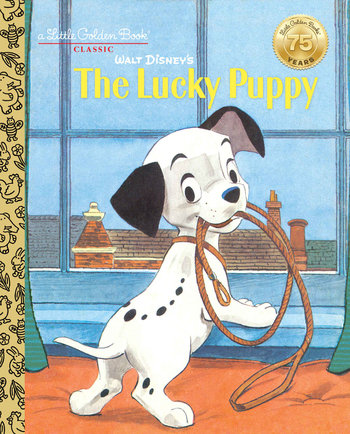 One day, he decided he was ready to be in a television show.
Advertisement:

The Lucky Puppy is a piece of Children's Literature written Jane Werner Watson and illustrated by Walt Disney Studios.

It's a Short Story about the Dalmatian puppy Lucky from 101 Dalmatians, and his dream of being in a television show.

It was first published in 1960 and is part of the Little Golden Books series.