Literature / Delroy in the Marog Kingdom 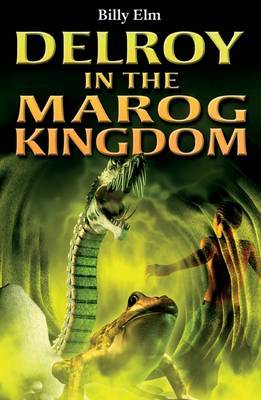 Delroy in the Marog Kingdom is a novel by Billy Elm (the pen-name of Jamaican author Helen Williams), published in 2009 as part of the Island Fiction series of stories.

After Delroy and his half-brother Mario play a prank on Delroy's mother Pearl by slipping a frog into a pot, Delroy hears the frog swear revenge on him. A few weeks later, while Delroy and Mario are out fishing, they stumble across a mythical river-creature known as a "River Mumma," and she makes eye-contact with Delroy—something his mother had previously warned him to avoid happening. Then, while swimming in the lake at a Labor Day festival a few days later, Delroy meets a mysterious boy who gets him sucked into a whirlpool...

...and he winds up in the mysterious Marog Kingdom, inhabited by the marogs, frog-like creatures who have chosen him to succeed their king, Nimrod. But before he can be deemed worthy of the throne, Delroy is first tasked with retrieving a mystical zeta stone from a dangerous snake-creature. What follows next is an adventure where Delroy, now as a marog himself, must traverse steep rocky pathways, caves and rivers, avoid menacing rat-like creatures, and fend off treachery on his quest to save the Marog Kingdom.

Tropes present in Delroy in the Marog Kingdom: