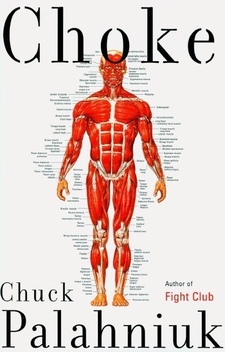 "Just keep asking yourself: What would Jesus NOT do?"
—Victor Mancini
Advertisement:

Choke was adapted into a film in 2008 directed and written by Clark Gregg starring Sam Rockwell, Anjelica Huston and Kelly Macdonald.